Skip to content
HomeFun TimeJokes about investment and financial advising 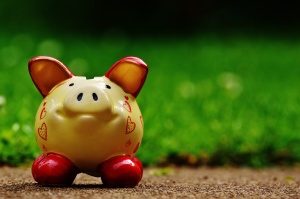 Q: How to make a million in the stock market?
A: Start with two!

The market is weird. Every time one guy sells, another one buys, and they both think they’re smart.

A financial adviser is an expert!
He will know tomorrow why the things he predicted yesterday didn’t happen today.

Two stock brokers are in a bank, when, suddenly, armed robbers burst in, waving guns and yelling for everyone to freeze.
While several of the robbers take the money from the tellers, others line the customers, including the two stock brokers, up against a wall, and proceed to take their wallets, watches, and other valuables.
While this is going on, one of the stock brokers jams something into the other stockbroker’s hand. Without looking down, the second stockbroker whispers: “What is this?” The first stockbroker: “It’s the $100 I owe you!”

There was an investor who had three girlfriends, but he didn’t know which one to marry. So he decided to give each one $5000 and see how each of them spends it. The first one goes out and gets a total make over with the money. She gets new clothes, a new hairdo, manicure, pedicure, the works, and tells the investor, “I spent the money so I could look pretty for you because I love you so much.” The second one went out and bought new golf clubs, a CD player, a television, and a stereo and gives them to the man. She says, “I bought these gifts for you with the money because I love you so much.” The third one takes the $5000 and invests it in the stock market, doubles her investment, returns the $5000 to the man and reinvests the rest. She says, “I am investing the rest of the money for our future because I love you so much.” The man thought long and hard about how each of the women spent the money, and then decided.
QUESTION: Who did the investor marry? ANSWER: The one with the biggest breasts.

A frightened investor goes to his financial planner and asks if he’s at all worried about the volatility of the markets these days. The planner replies that he sure does! In fact, he says that he sleeps like a baby.
The frightened investor was amazed! “Really? Even with all the fluctuations?”
“Yup! I sleep for a couple of hours, and then I wake up and I cry for a couple of hours.”

Wife: I think you only married me because my daddy left me a lot of money.
Husband: That’s not true. I don’t care who left you the money.

Once upon a time, in a village, a man appeared and announced to the villagers that he would buy monkeys for $10 each. The villagers, seeing that there were many monkeys around, went out to the forest and started catching them. The man bought thousands at $10 and, as supply started to diminish, the villagers stopped their effort. He further announced that he would now buy at $20 for a monkey. This renewed the efforts of the villagers and they started catching monkeys again. Soon the supply diminished even further and people started going back to their farms. The offer increased to $25 each, and the supply of monkeys became so small that it was an effort to even find a monkey, let alone catch it! The man now announced that he would buy monkeys at $50! However, since he had to go to the city on some business, his assistant would now buy on behalf of him. In the absence of the man, the assistant told the villagers. ‘Look at all these monkeys in the big cage that the man has collected. I will sell them to you at $35, and when the man returns from the city, you can sell them to him for $50 each.’ The villagers rounded up all their savings and bought all the monkeys. They never saw the man nor his assistant again, only monkeys everywhere! Now you have a better understanding of how Wall Street works.

Q: What’s the difference between an investment banker and a large pizza?
A: A large pizza can feed a family of four.

A woman walks into a bank in New York City and asks for the loan officer. She says she’s going to Europe on business for two weeks and needs to borrow $5,000. The bank officer tells her that the bank will need some kind of security for such a loan, so the woman hands over the keys to a new Rolls Royce that’s parked on the street in front of the bank.
Everything checks out, and the bank agrees to accept the car as collateral for the loan. An employee drives the Rolls Royce into the bank’s underground garage and parks it there.
Two weeks later, the woman returns, repays the $5,000 and the interest, which comes to $15.41. The loan officer approaches her and says:
“We are very happy to have had your business, and this transaction has worked out very nicely, but we’re a little puzzled. While you were away, we checked out your accounts and found that you were a multimillionaire. What puzzles us is why would you bother to borrow $5,000?”
“Well, where else in Manhattan can I park my car for two weeks for fifteen bucks?”

A man being mugged by two thugs put up a tremendous fight! Finally, the thugs subdued him and took his wallet. Upon finding only two dollars in the wallet, the surprised thug said “Why did you put up such a fight?” To which the man promptly replied “I was afraid that you would find the $200 hidden in my shoe!”

>>>Jokes about investment and financial advising

>>>Best quotes about money and investing

Resolving to surprise her husband, an investment banker’s wife pops by his office. She finds him in an unorthodox position, with his secretary sitting in his lap. Without hesitation, he starts dictating, “…and in conclusion, gentlemen, credit crunch or no credit crunch, I cannot continue to operate this office with just one chair!”